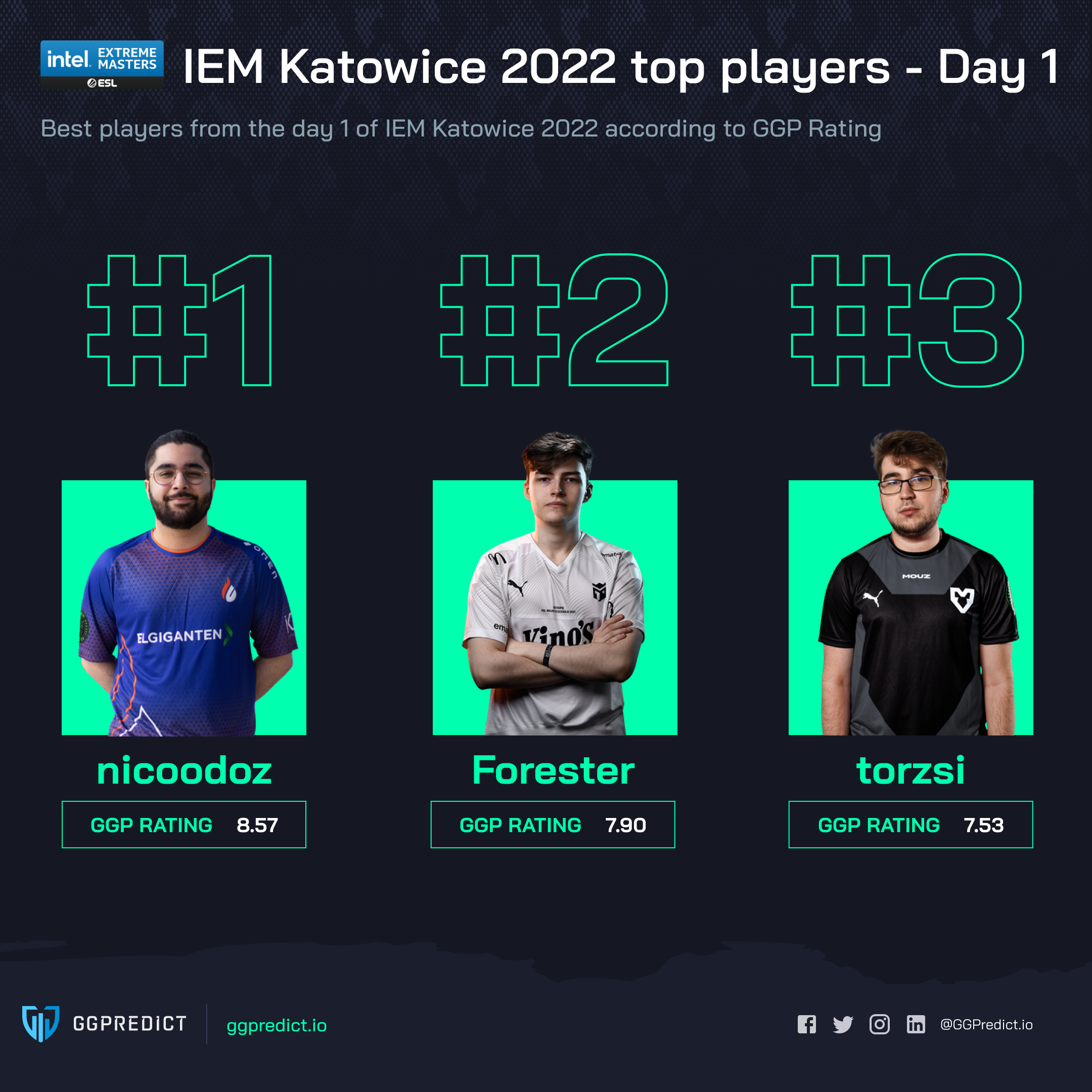 IEM Katowice 2022 - best players from day one of the Play-In stage according to GGP Rating.

No matter what kind of player or esport fan you are, you always have quick access to see what was your overall match performance. You can compare stats to your teammates/opponents, or simply see what was the rating of your favorite player in a given game.

Analyzing hundreds of games, our Data Science team prepared a 1 to 10 scaling system, where 6.0 is the starting point and 10 is the highest score, separately for both sides Terrorists and Counter-Terrorists.

After all, a GGP Rating is counted as the weighted mean of both sides ratings, weighing by Your team result, so players could be rewarded for team-play and final match result instead of individual performance and playing just for frags. The ratings are color-coded so that users can understand the impact of a player at a glance.

About us: GGPredict began by analyzing CS:GO matches. Both the amateur and professional ones. Nearly a million matches later, we know the game inside out and know what to do to get better and win. Our statistical models and AI that we've built analyze the game in about 400 different statistics.

Meanwhile, the world's best players, coaches, analysts, and sports psychologists have worked with us to create the most effective training system that uses the data we collect about your game to tailor the best workouts and get the most out of your potential.