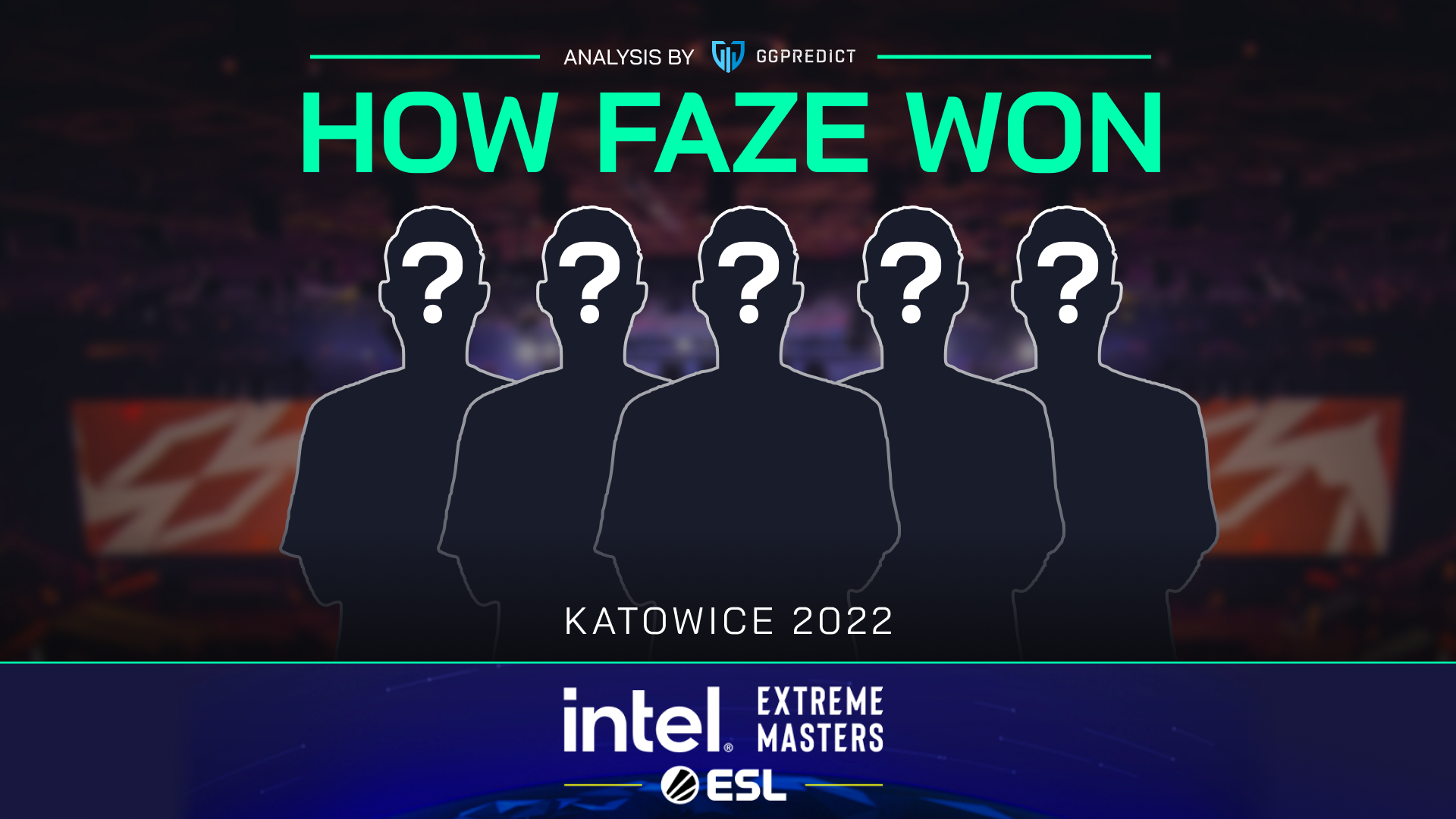 This article was made in a collaboration with our friend p0ke who has a great knowledge about CS:GO and we recommend you to follow his Youtube channel, which will hopefully convince him to get back to creating videos!

There were so many big things that happened at Katowice, you could make a documentary about it - s1mple’s speech, m0nesy’s debut on stage, and even the record viewership for a non-major event. But the real highlight of the tournament was the winners themselves - after years of being unable to win a prestigious tournament, karrigan’s FaZe Clan managed to secure the title with jks as a stand-in.

This tournament is the third occurrence in which karrigan has won an event with a stand-in player on his team, the previous two being ESL One Belo Horizonte with cromen and IEM Sydney 2018 with Xizt. His track record with these misfit lineups is unmatched, as nobody has come even close to achieving something similar. One thing that karrigan does differently with stand-ins is he tries to implement them into the team as if it’s going to be a long term change - While most teams would just try to play 4v5 and make the stand-in take all of the roles of the player they’re replacing, karrigan essentially would reinvent the team and shift everyone’s roles around so the stand-in would be able to play to their strengths. This was evident in some rounds where Twistzz was playing roles that would usually be occupied by rain, such as being a part of the entry pack which allowed jks to be a closer and clutch out rounds. Nobody can get loose teams up and running as quickly as karrigan, and winning this event should cement his legacy as one of the greatest IGLs in CS:GO history.

jks also had a great performance (with average 6.6 GGPrating he was 3rd best in 6-man rotation of FaZe Clan), showing the world that he can still play high level CS. While many were down and out on him after his downtrend in performance with Complexity, one could argue that karrigan revived his career by giving him the opportunity and roles he needed to be able to compete against the best. He managed to win a lot of clutch rounds (he won 17.4% of clutch rounds he stayed in), including a 1v2 to end the 5 OT thriller on Mirage against G2 in the grand final. Although it’s not the most convenient time to be in the market since most teams have already made big changes, it’s reasonable to expect that he will be a hot commodity on the market after the upcoming major.

While this was a big tournament for jks and karrigan, the true star of the event was broky with his monster performance (7.18 GGPrating, 4th highest in the tournament). Although his plays looked very impressive from a simple eye test, the stats really put the icing on the cake - broky had the highest KAST at the event with 78.06%, and won 100% of 1v1 clutch situations. At this tournament, broky just seemed to be hitting everything which should be a really exciting sign for FaZe fans.

While FaZe’s miracle run is nothing to scoff at, one can’t ignore NiKo going missing in the final. He had the highest ADR in the tournament at 90.9, but against FaZe he just couldn’t find the kills he needed to get G2 off of the ground. This obviously frustrated him, as he was seen multiple times trying to buy the AWP to find any way he could to make an impact for his team (he managed to get a kill only in 33% of the rounds, he had the sniper rifle).

The NiKo that dominated the rest of the tournament was nowhere to be seen, which played a part in G2 getting swept 0-3 despite huNter- playing an amazing series posting an ADR of 93.9 and getting 57 kills in that Mirage game that seemed never-ending. It’s still early days for G2 as Aleksib is trying to find the best way to lead his new squad, but with m0nesy’s performance at this event (most AWP kills, 61.36% opening success rate, 2nd most flash assists per flash grenade thrown) it’s hard not to be excited for what the future of this team holds.