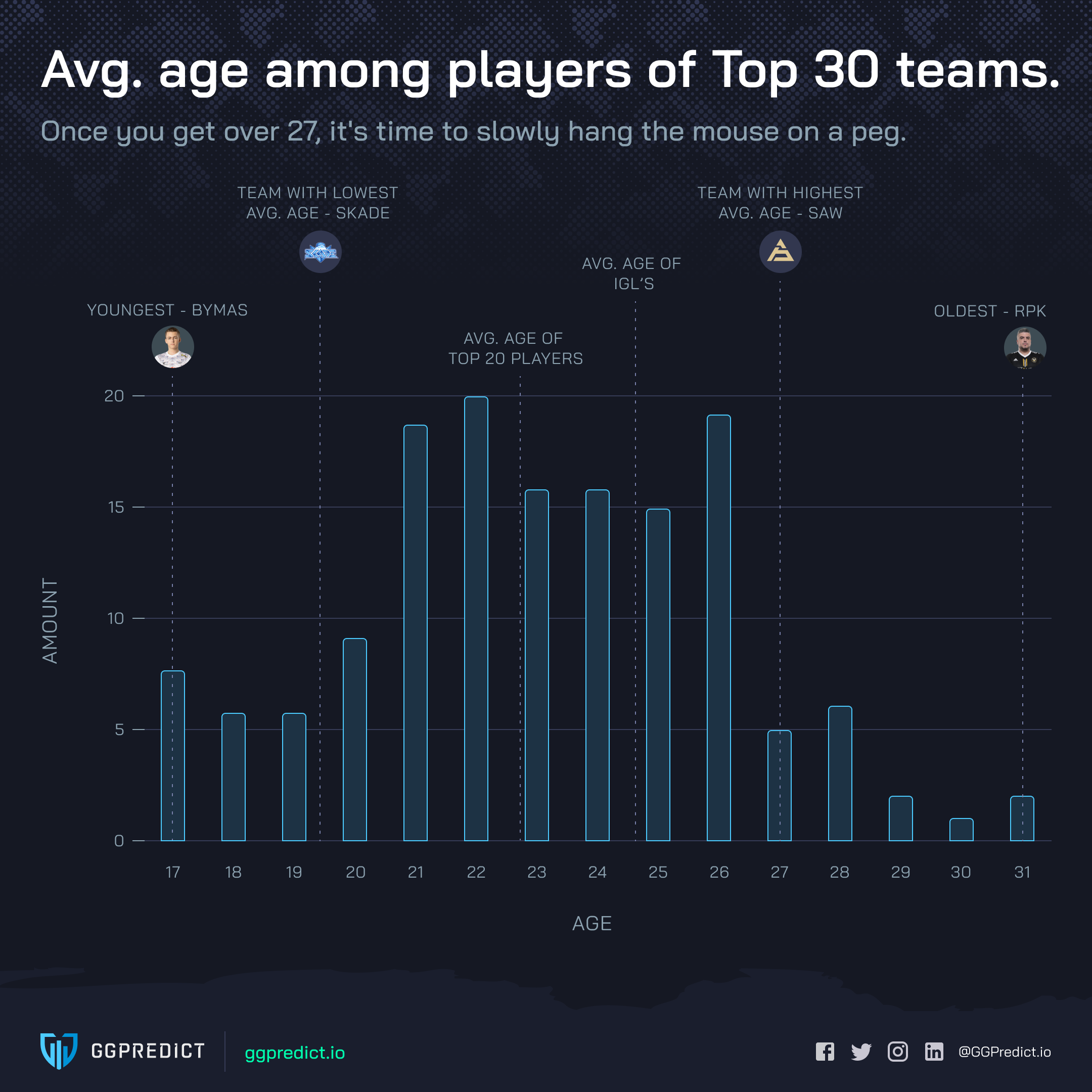 What's the best age for CS:GO?

We took a look on HLTV's TOP30 ranking.

In esports, unlike in traditional sports, teenagers are often experienced players who take the burden of running the game on themselves. Although there are not many underage players among the TOP30 teams, the youngest of them - bymas - has already been the hero of two high-profile transfers in the past year. It is worth noting that the three most interesting teams of recent months - Gambit, Heroic and Virtus.pro - are organizations that rely on young talent, with the average age of the teams oscillating around 21-22 years.

In my opinion, it's difficult to determine at what age a CS: GO player reaches their breaking point because every team has a different environment and individual players need different incentives to get the best out of themselves. In many situations, they also limit their role in the game to what they prefer without trying other solutions. However, based on GGPredict's analysis, most of the players in the top30 are 21-22 years old. - said Jakub "kuben" Gurczynski, co-founder of GGPredict.

In the graphic below you can see that SKADE, a Norwegian organization based on promising young Bulgarians, is by far the youngest team, and the consistently developed experiment is successful. There is as much as 14 years difference between bymas and RPK and you can see the difference in the average age of players and IGLs.

The conclusion of the following analysis is that the best age for a player is a combination of a still young age, which brings with it very good reflexes, combined with a few years on the world stage, which allowed to gain enough experience and immunity to the pressures of Tier 1 tournaments. Certainly a very interesting topic in the context of early retirement is burnout and constant pressure, which many great players have spoken about in recent times, motivating the need to take a break or even end their careers.