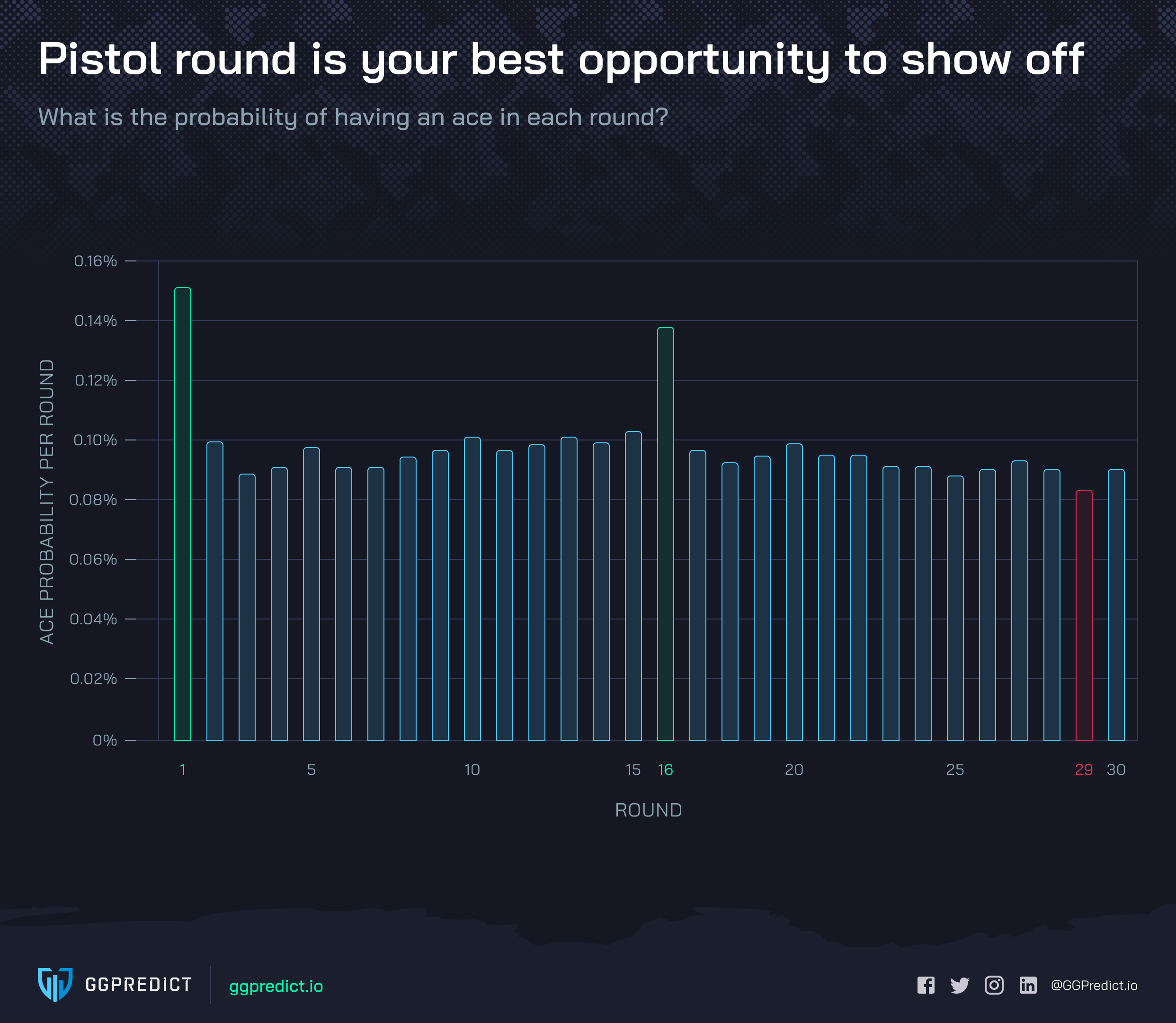 What is the probability of having an ace?

This week we decided to find out what are the chances of completing an ace. We analyzed 238 359 GGPredict.io users’ matches, more than 7 000 000 rounds, to ensure that our calculations are relevant.

On the first graph, you can see the percentage of having an ace in the specific round. According to the analysis, most of the aces happen during the pistol rounds. It’s also much harder to complete the ace during the gun rounds (for example in rounds 3 and 4 when we mostly see first gun rounds, the number of aces is one of the lowest). What’s interesting, the least aces are during the 29th round, when most of the teams force buys not to lose the match.

On the second infographic, we decided to show what are the chances depending on the map and the side you are playing. Nuke is the map, where it’s the hardest to perform a 5-man multi-kill. If you would like to perform your first ace, you should rather pick Dust2, where the percentage of aces is the biggest.