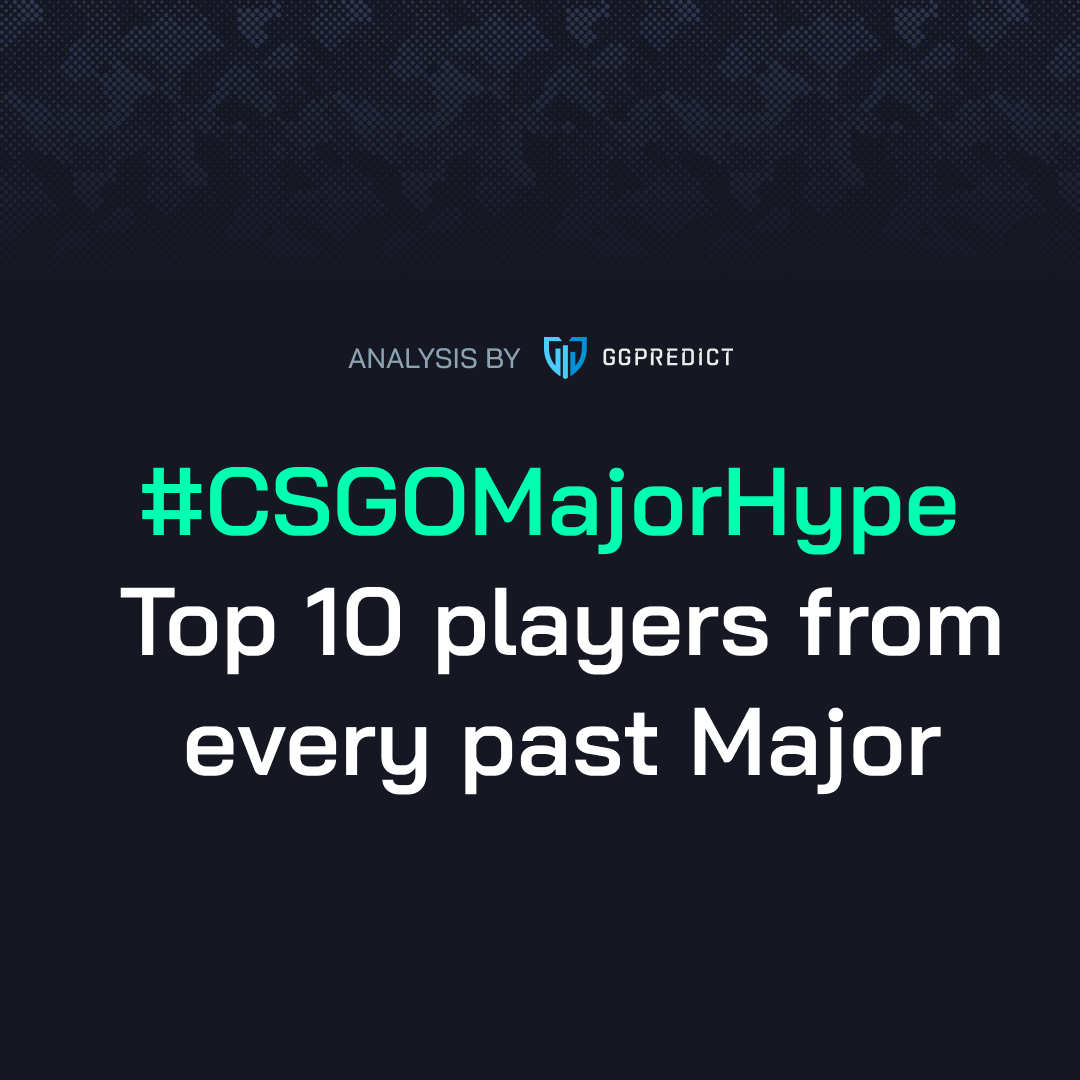 The Top 10 players from every past Major!

While closely watching the New Challengers Stage, we have counted all previous tournaments with the status of Counter-Strike Major to select the TOP 10 legendary players in kills, assists, sniper kills per round and so many more. Check who are the most experienced players ahead of PGL Major Stockholm 2021 with the prize pool of $2,000,000!

Which role is the most important in the team? That's a great question and for sure many Counter-Strike experts would discuss it for many hours. Nevertheless, we can agree that the most spectacular job they have to do is the snipers, and we will start our Valve's tournament ranking from them.

This ranking is dominated by the absolute Slovak CS:GO legend - Ladislav Kovacs "GuardiaN". The ex-Natus Vincere and FaZe Clan teams player during his career has reached an absolute outstanding number of 1087 kills that place him at the top of this ranking.

Who is next? Another legend, probably the most-mentioned player in 2021, due to his recent transfer to Sweden to Ninjas in Pijamas. device will have a chance to add some kills to this count as NiP players have already qualified into the main event and will try to win in the CS:GO offline competition.

Who is also worth mentioning? s1mple will be trying to attack the 4th place which is rather probable as he has some matches ahead of him, just 37 kills between him and kennyS. PashaBiceps played his last Major in 2017 in Atlanta, losing in the final game stage of the tournament against Astralis but still holds 7th place with 365 kills.

Most sniper kills per round.

This ranking will differ from the previous one and contains CS:GO players a little bit less famous but still, great. On the top of the ranking - oskar who made his appearances on the Major events mainly for mousesports. The Czech player is still playing at the competitive level and was representing their club from 2016 to 2019. Another player who grabs our attention is again, GuardiaN, who dominates both rankings after years of playing at the highest competitive level. Jame, one of our favourite players will try to attack the Top5 and the opportunity is real.

The media mostly talks about the killers, but we will also focus on those who provide assists and take their team to the next level. Will Xyp9x reach first place in his first match? Why not, he is just missing three assists to become the all-time leader of this list. Flusha, the current leader, and an absolute Counter-Strike legend has made 503 assists on Valve Major Tournament in his appearances on Valve tournament between 2013 and 2019. In the ranking you can also find two Polish players NEO and byali - will they ever have a chance to compete in this format again? Their chances are pretty low, but they still try to enjoy their esports careers.

The least liked statistic by players - number of deaths. In the history of Major tournaments, the player who has been eliminated the most times is former fnatic player Olof "Olofmeister" Kajbjer. The FaZe Clan player died 1,911 times during 15 tournaments. In the second place, with 1,871 deaths, was former Natus Vincere competitor Zeus. Most likely, after PGL Major Stockholm 2021, the Ukrainian veteran will lose 2nd place to at least one of three Danes - Device (currently Ninjas in Pyjamas), dupreeh, or Xyp9x (both Astralis).

Last but not least... our favourite ranking.

Once again,  we have to mention the ex-Astralis CS:GO team member. Device - how many kills will he make this time with the new team? This October and November are crucial for him and his new team, as this is their first big challenge, where they will have to show their full potential. They are playing in the best possible location, in their country - Sweden, so all regional CS:GO fans will be supporting them. Two of his former colleagues want to show their status as Counter-Strike legends and are travelling to Stockholm with the intention of getting as many scalps as they can and with one objective: win the tournament in November.

By the way... did you know that up to date olofmeister, device, shox and xyp9x were present at all the Major tournaments?