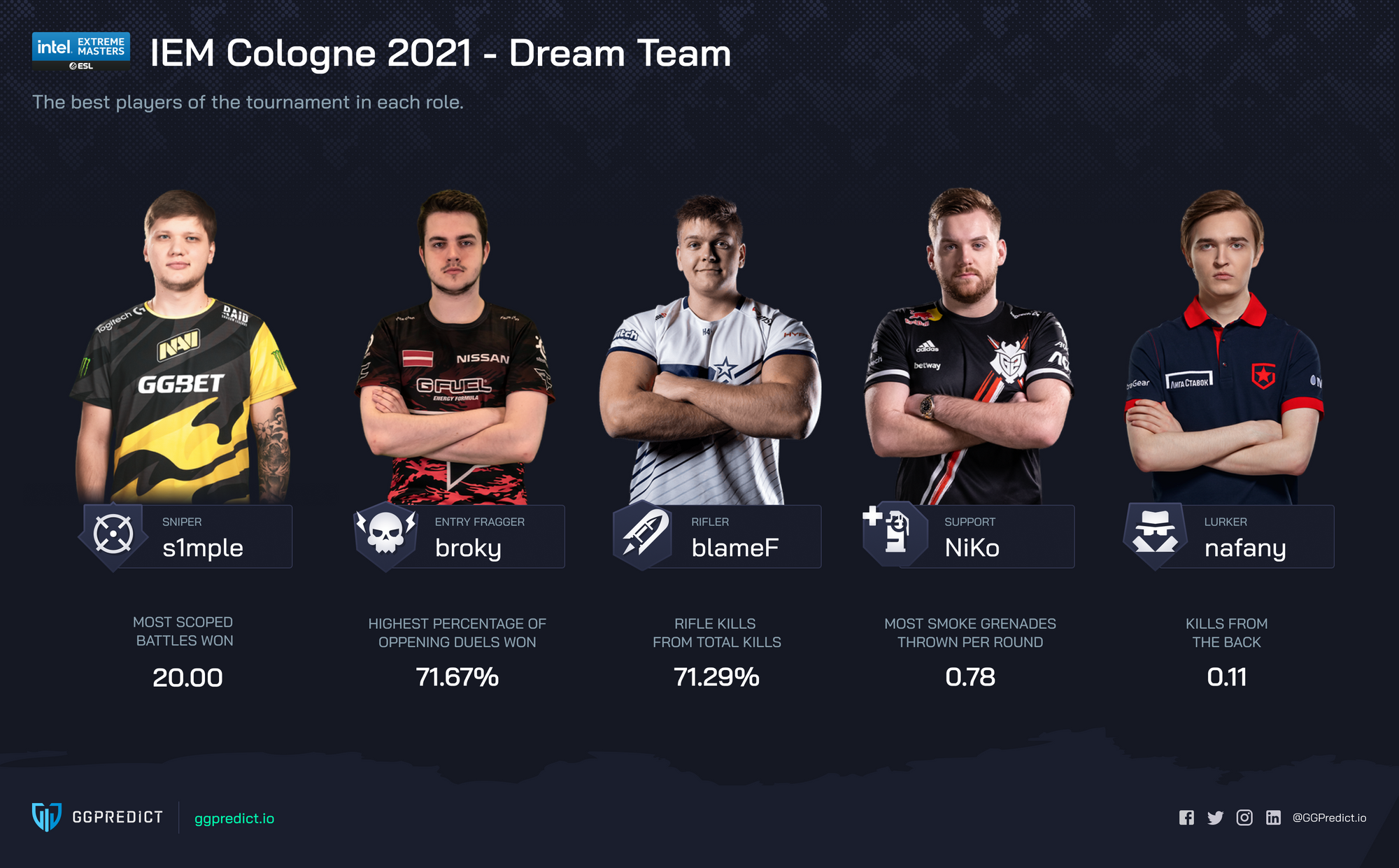 IEM Cologne 2021 analyzed! We selected the dream team of the tournament.

The first lan since IEM Katowice 2020 has officially ended. Natus Vincere gave no chances to G2 Esports and won $400,000. They are also one win away from winning the INTEL Grand Slam title.

According to our predictions before the tournament and before the play-offs, both NaVi and G2 had the biggest chances of winning IEM. Read more about the methods that we used in this post.

This time, we decided to analyze who would be in the team of the tournament. We analyzed all matches to find out which players were the best in 5 categories: sniper, rifler, entry fragger, lurker, and support and picked one player on each role.

It was very hard to choose the best role for s1mple since he was the best sniper and one of the best entry fragger and support (GOAT), but we decided to classify him as a sniper. The Ukrainian star had the most sniper duels won and made at least one elimination with a sniper rifle in 58% of the round that he had one (top3 in the tournament).

Broky from FaZe Clan was the player, who won the most opening attempts in the tournament. He was also second in the difference in opening kills and deaths (only s1mple above him).

G2 star - NiKo had a very solid performance during IEM Cologne as support. He has thrown the most smokes per round from all players. He also was very high in the HE dmg per throw (12.97).

The best lurker in the tournament, nafany, had the best number of kills from the back. He eliminated one player, who didn’t see him, every ten rounds. He was also at the top5 of the distance covered per round.

Who would be in your dream team of the IEM Cologne 2021? Put your players below!