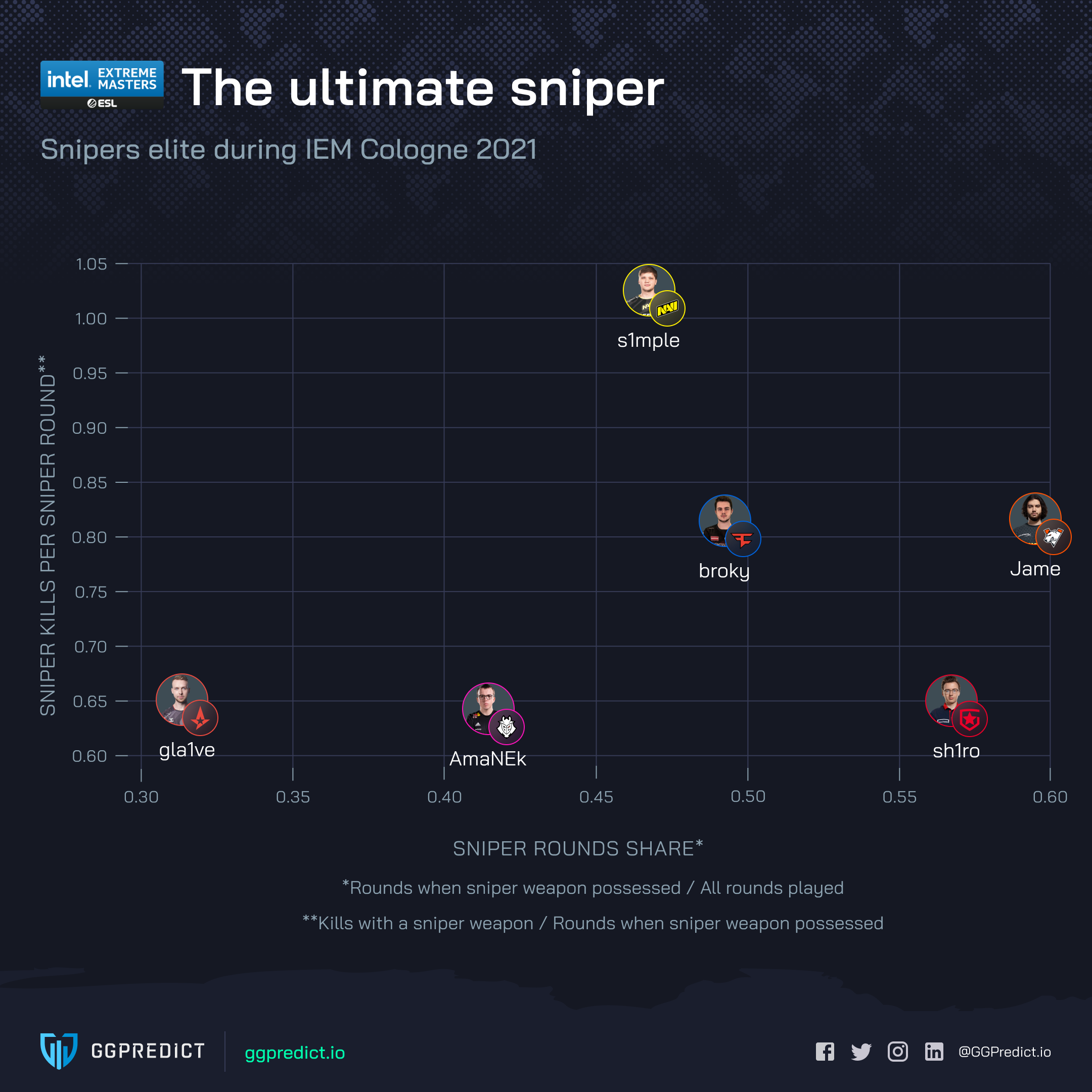 The first lan since IEM Katowice 2020 has officially ended. Natus Vincere gave no chances to G2 Esports and won $400,000. They are also one win away from winning the INTEL Grand Slam title.

According to our predictions before the tournament and before the play-offs, both NaVi and G2 had the biggest chances of winning IEM.

This time, we decided to analyze all games of the teams, that advanced to the playoffs.

From the statistics point of view, we can see that Gambit “new” roster lan debut wasn’t the best. Sh1ro was struggling to find AWP kills, making only 0.65 sniper kills during a sniper round, same as gla1ve and AmaNEk, while having the sniper rifle much often.

We can also see, that after device departure Astralis don’t have a “star” player. All players play on almost the same level, but they still manage to advance to the playoffs, even if they are not typed by analysts.