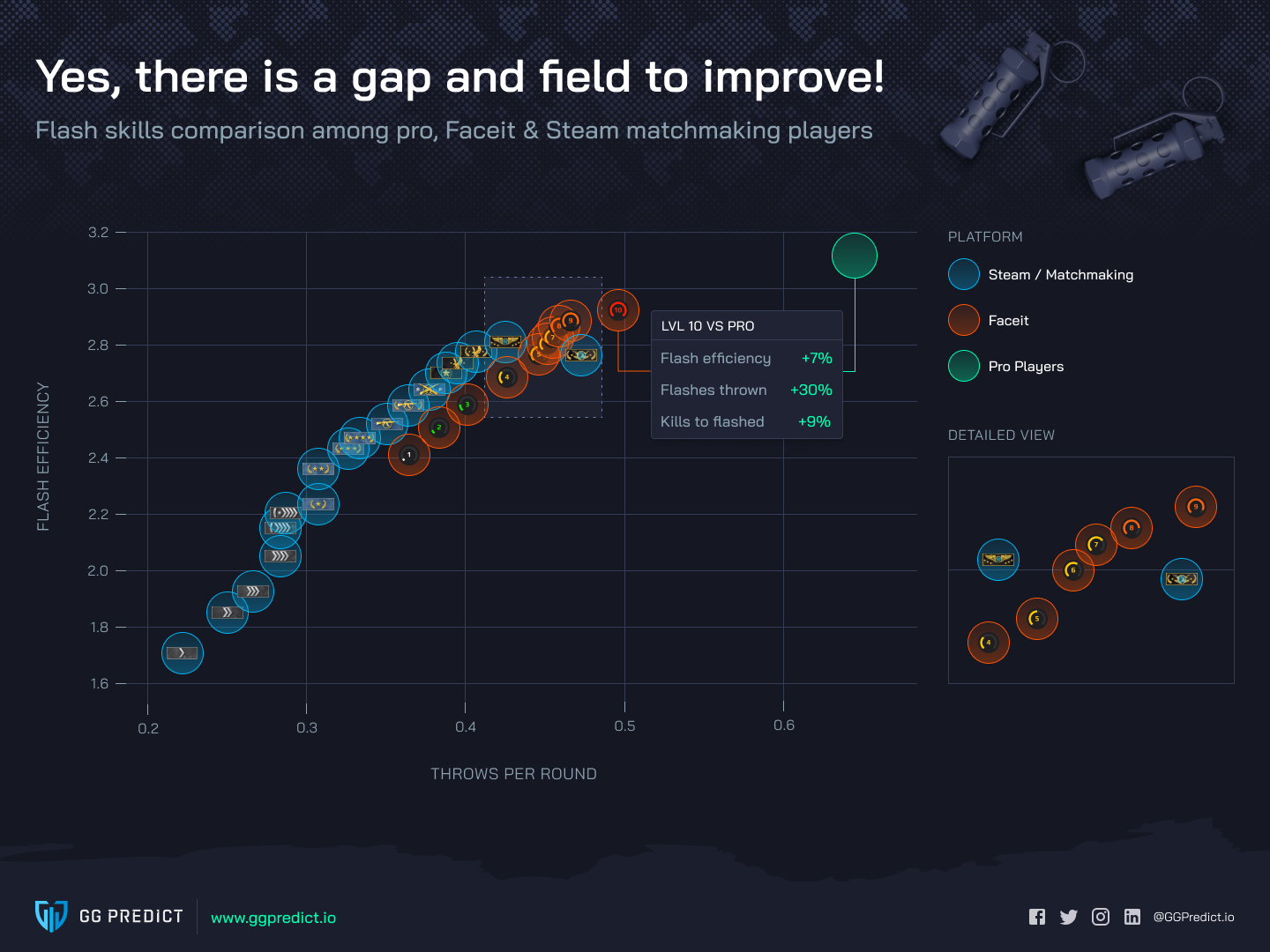 What's the difference between Faceit and Pro matches? There is a huge gap in team play and flash efficiency. Pro players throw 0.15 more flashes per round than a 10 LVL Faceit player. That's more than 4.5 flashes in 30 rounds. For pro players, potentially it's more than 14 additional seconds of flashed opponents.

Flash Efficiency - metric that counts how many seconds does the flash blind an opponent on average.

Throws per round - number of flashes thrown per round divided by the number of rounds played.