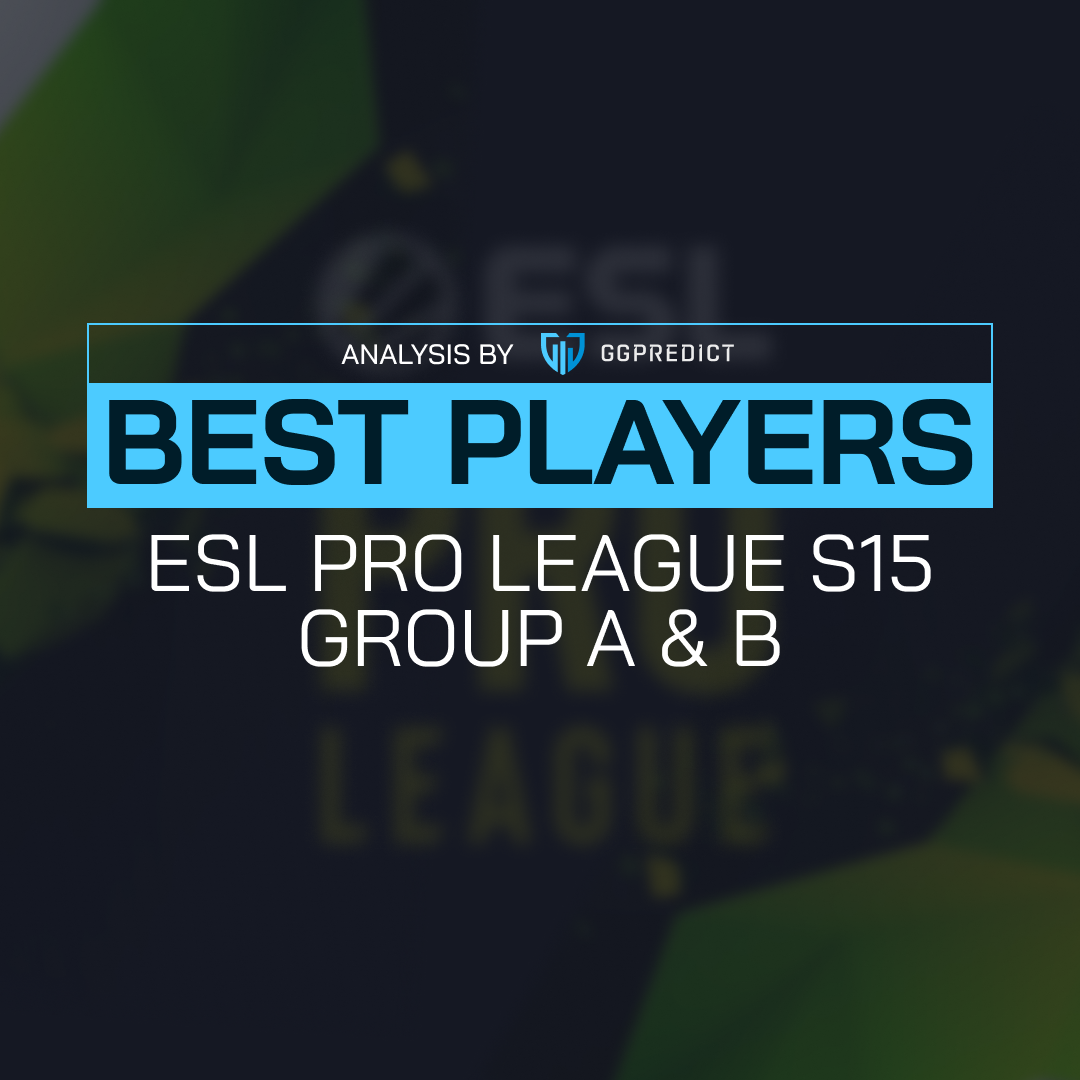 Extensive analysis of the struggles in groups A and B of EPL Season 15.

Why do you love professional CS:GO so much? Because over the course of a season, the top of the standings can change several times, with teams falling off the charts, teams rising to the top unexpectedly, and even recent favorites and dominators becoming some of the weakest teams.

That's what happened at the recently concluded IEM Katowice, and that's what's happening now - after the closing of Group A and B in ESL Pro League.

We have prepared for you an extensive analysis of these struggles.

Last Sunday we finished the first part of the ESL Pro League 15 season A group matches. It was not without a lot of emotions and surprises, despite the initial predictions indicating that G2 and NIP will dominate all the meetings...

A perfect confirmation and a kind of summary of the first 4 days of intense duels in this tournament can be the number of kills that followed one after another.

The so-called "Trade Frag" is a domain of the most professional and fastest struggles, in which both teams can not only take advantage of each other's weaknesses in duels but also immediately cover their own. The most effective in this regard proved to be the players of the French formation G2, which should not come as a surprise given their fast-paced style of play. Despite their excellent individual skills, they are the ones who, for the time being, have the balance of groups 2-3 (wins-losses). It was hard not to resist the impression that it was this specific way of playing that ultimately proved to be their biggest weakness. In an effort to quickly turn around single lost matches, they were willing to repeatedly outplay an entire solid defense or attack.

Further proof of their skill is that they also have the best opening kill count. What makes their fans even more bitter is the fact that very often, despite having the upper hand, they were unable to maintain their own pressure and pace, which often resulted in them losing fatal and unfortunate rounds.

In sniping efficiency, we can also see the apparent dominance of G2, but this is where the big surprise of this tournament, Entropiq, comes out on the podium. Although the Russian team was not commonly put in the role of the worst (this title certainly belongs to "LookingForOrg"), but it was far from the rest of the, so prominent, "Master" stake. Regardless, however, it is Entropiq who currently holds a 4-1 balance.

The final picture of the tournament turns out to be painted by paying attention to the average number of rounds won by each team. Entropiq, despite losing to NiP by a score of 2-0, and thanks to the other, very evenly matched games, achieves a fantastic result of an average of over 15 rounds won per map! The winner of group A, Sweden's Ninjas in Pyjamas, is second with an average of 14.33. The worst performers, as expected, were the members of the Australian "LookingForOrg'' who occupy #75 place in the HLTV ranking. There's no doubt that there will be plenty of excitement as the next phases of the EPL continue, but the odds are already changing for the favorites as new and dangerous rivals such as Entropiq are revealed.

The next stage of ESL Pro League is behind us. Group B turned out to be as interesting as the previous one. For 5 days we had a chance to see not only well-known teams such as FaZe Clan, but also forgotten Fury and Sprout (with the newest line-up).  We also remind you that in the tournament, the organization Virtus Pro, due to the ban on participation in official ESL competitions, allowed its players to play unofficially under the name "Outsiders".

Looking at the number of Trade Frags, we can immediately see how evenly matched this competition was. FaZe Clan was the worst in this category, but they are still one of the top group winners. Their worse than usual aim I think we can fully justify by the skills they showed in Katowice. The first 3 days of competition ended 3-0 for them, but it was the last 2 duels with Outsiders and Ence that proved to be the most painful.

Thus moving on to a small ray of Polish accent in this tournament, Ence, fans should definitely be very proud of them and positively surprised. Both "Dycha" and "Hades" show their best side. Both men according to HLTV statistics have a rating of 1.10 and 1.12 respectively, which is the best rating on the team!

Ence themselves are not resting on their laurels either, as they show us an incredibly interesting and adaptive game. Their matches are usually not "easy 2-0", but a proof of their hard work in recent weeks and even months. Incredibly interesting to see them from this side and we already wish them a final.

Analyzing the number of opening kills and sniper kills should surprise no one. The Brazilians, like the Russians in the past, are known for their incredible shooting skills. Whether we are talking about tier 1 or the more couch based Tier 3, Brazil is still an interesting place to follow aim duels.

It's also well confirmed by the results, as Fury currently holds the position of a group leader with a 4-1 balance, their only weakness being FaZe in the duel played on the first day. Despite this great result, it is hard not to look at all the matches played and see how many of them ended with the score of 2-1. A lot seemed to depend on their ability to run faster rounds and effectively deplete their opponent's economy level. The next phase of the tournament could be much less kind to them if this team decides not to show us any extra surprises.

Looking at all the stats from a further perspective, we can't help but notice how poorly the three teams that have already said goodbye to the ESL Pro League played their matches. Sprout, Outsiders, and Vitality will not get another chance to prove how big a misunderstanding their first days of this prestigious tournament were. The worst performance was by Sprout, who, after recent changes in the team, could not pose any serious threat to teams that have been practicing together for a long time.

The summary of the average number of rounds won seems to perfectly reflect not only the degree of ferocity with which everyone fought but also foreshadow what awaits us after the group phase.