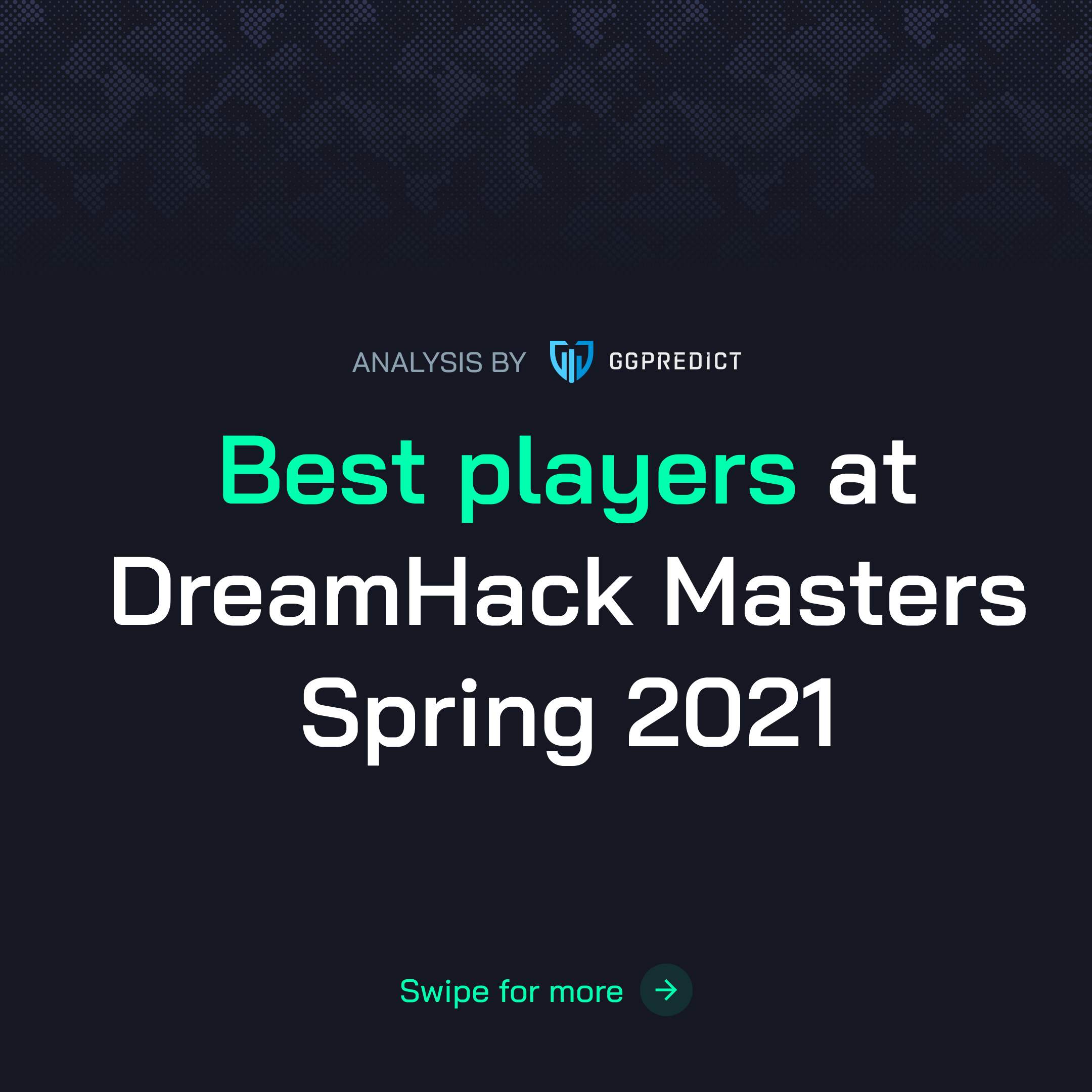 DreamHack Masters 2021 analyzed! Who was the best sniper, damage dealer, entry fragger, who throw the best flashes, and who covered the most and the least distance per round?

DreamHack Masters 2021 was another tournament in 2021, where we saw teams from CIS in the final. This time, Natus Vincere became the champion, after a 3-0 sweep over Gambit.

In the Snipers section, ZywOo deserves attention. He wasn’t playing AWP very often during this tournament, but when he did, he was making loads of eliminations.

On the other hand, sh1ro had the sniper in almost 70% of rounds, but he was the bottom fragger sniper with an AWP in the tournament.

Ropz was a complete beast during the early round. He was responsible for more than 26% of mouzesports entries and won 60% of them.

What’s the most interesting thing is that in FaZe Clan karrigan was in almost 28% of opening tries, while winning only 27% of them.

ZywOo was also the best player in ADR. He dealt more than 93 dmg per round and killed almost 1 enemy per round.