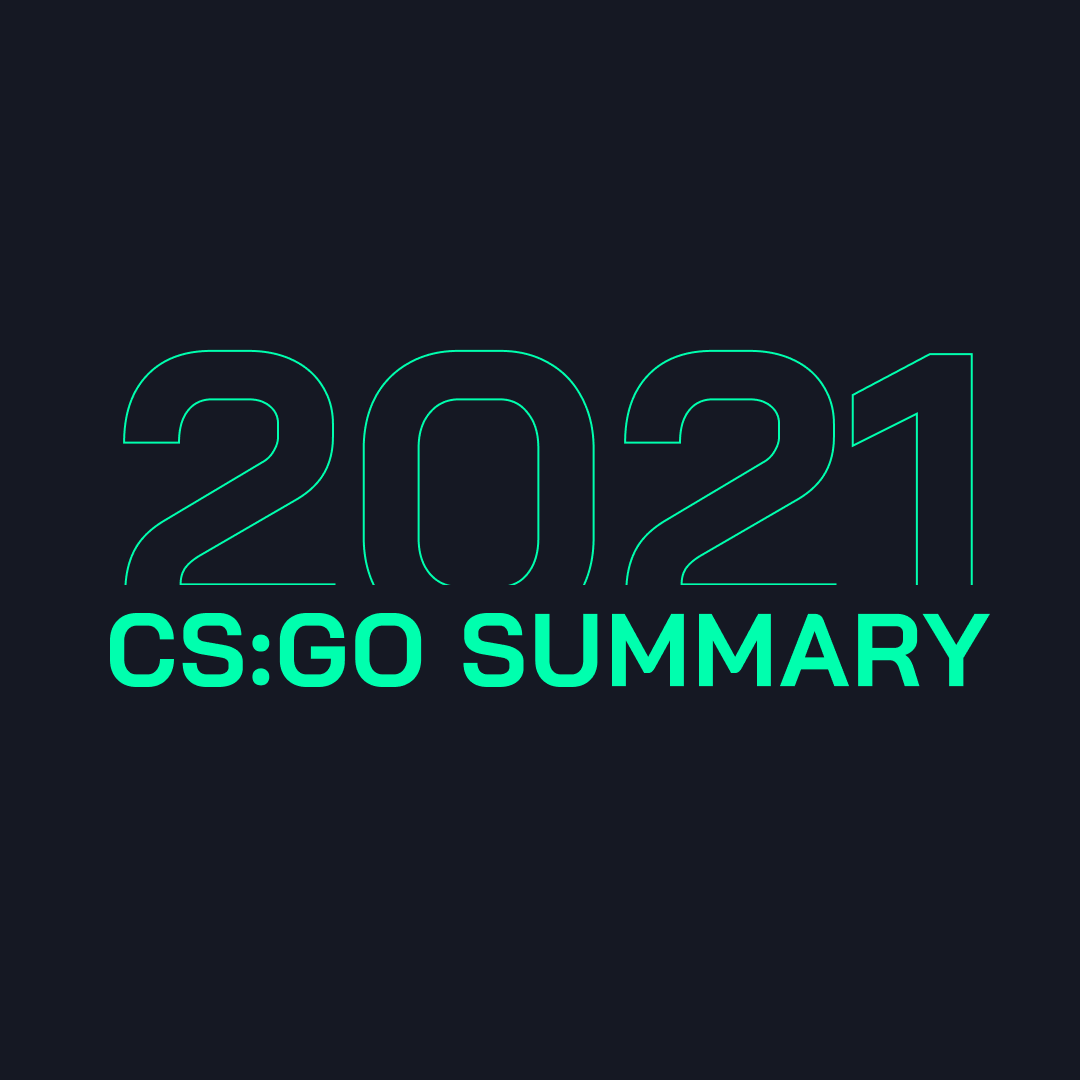 2021 is finally over and it's time to take a look back and recap the year that was quite a good one for us in Counter-Strike! The return of offline and LAN events, some brilliant tournaments with a great atmosphere, and amazing fans who reminded us why we love this sport. A changing of the guard at the top of the rankings… The dominance of teams from the CiS region… Astralis lineup changes gave NaVi a chance to finally shine without a doubt. At the beginning of the year, when Gambit and Virtus.Pro boasted surprising dispositions. Several surprising transfers, starting with the departure of dev1ce to Ninjas in Pijamas.

To create our own summary, we used GGPredict technology, which analyzes CS:GO demos across over 400 different metrics. We took into account tournaments with prize pools over $100k. Based on these demos, GGPredict's AI selected the top players in 5 categories: rifler, sniper, fragger, support, and overall rating. For each category, we used a filter for a minimum of 600 rounds played during the year to find the best players during the whole year, not only in one tournament. To choose the best players, we selected the most important statistic for each category, sorted and ranked all players. The three best players with the highest ranking were selected as the best in 2021.

Be warned that our ranking may be surprising, but keep in mind that we take into account the numbers, not impressions of the game. In this way, we can appreciate the play of those players who do a good job for the team, often not being the stars in the foreground like s1mple, Zywoo, or NiKo. Do you know the movie "Moneyball"? The idea is the same, we just look at their bare stats. No need to make it up as we go along. Enjoy reading!

In 2021 SyrsoN was the best sniper. He won almost 58% of scoped battles. During last year, he had an AWP in 69,15% of rounds, which is one of the best scores of all snipers. What’s more, 68% of his kills were from sniper rifles.

Jame came in second place. Virtus.Pro player was better than Syrson in the Sniper kills per round statistics, averaging 0.48 kill per round (one of the best scores in 2021) and AWP Kill Percentage (69,3%), but his other statistics were not that great. We must admit that Jame was also one of the most interesting players in the first part of the year.

On the last place of the podium, we selected woxic. External Fire player won 59.46% of the scoped battles, which is the best score of all selected 3, but struggled in other statistics. Woxic can’t add this year to the most successful in his career,  Still, maybe this modest award will make him feel better.

As the best support of 2021, we selected Danish sniper from Heroic - cadiaN. By 2021 he was a player, that used 88.68% of the utilities that he bought (10th score overall) and flashed 0.81 opponent per round (8th score). His flash efficiency was averaged at 3.11 seconds per throw, which is the 11th score of all players.

In the most important category - overall rating, we couldn’t select another top2 other than s1mple and ZywOo. The only surprise was the third pick. According to GGPrating (How do we count it: https://ggpredict.io/rating), the third-best player of 2021 was Virtus.Pro entry and best fragger of 2021 - YEKINDAR. Those 3 were the only players, who managed to average GGP, Defensive, and Offensive ratings over 7.0, while they all played in over 2300 rounds total.